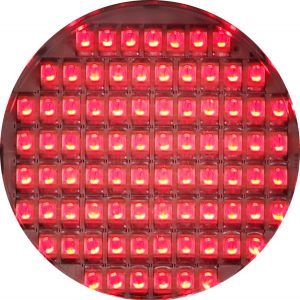 Objective: The purpose of this study was to assess the effects of hyperbaric oxygen (HBO) and near-infrared light therapy on wound healing.

Background data: Light-emitting diodes (LED), originally developed for NASA plant growth experiments in space show promise for delivering light deep into tissues of the body to promote wound healing and human tissue growth. In this paper, we review and present our new data of LED treatment on cells grown in culture, on ischemic and diabetic wounds in rat models, and on acute and chronic wounds in humans.

Materials and methods: In vitro and in vivo (animal and human) studies utilized a variety of LED wavelength, power intensity, and energy density parameters to begin to identify conditions for each biological tissue that are optimal for biostimulation.

Results: LED produced in vitro increases of cell growth of 140-200% in mouse-derived fibroblasts, rat-derived osteoblasts, and rat-derived skeletal muscle cells, and increases in growth of 155-171% of normal human epithelial cells. Wound size decreased up to 36% in conjunction with HBO in ischemic rat models. LED produced improvement of greater than 40% in musculoskeletal training injuries in Navy SEAL team members, and decreased wound healing time in crew members aboard a U.S. Naval submarine. LED produced a 47% reduction in pain of children suffering from oral mucositis.

Conclusion: We believe that the use of NASA LED for light therapy alone, and in conjunction with hyperbaric oxygen, will greatly enhance the natural wound healing process, and more quickly return the patient to a preinjury/illness level of activity. This work is supported and managed through the NASA Marshall Space Flight Center-SBIR Program.